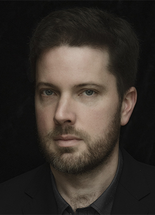 As a choir, we are very lucky to receive regular singing lessons from Ben Davies. Ben studied at the Royal Academy of Music before joining Glyndebourne Festival Opera chorus and has since sung with many of the world’s best-known known choirs and ensembles.

He started singing with The Sixteen during their first Choral Pilgrimage in 2000 and has toured, broadcast and recorded with them extensively, most recently as a soloist on their discs of Monteverdi’s Vespers, Purcell’s ‘Indian Queen’, two discs of Bach Masses and Handel’s Saul.

He has sung in opera houses and concert halls all over the world for conductors such as Harry Christophers, William Christie, John Eliot Gardiner and Vladimir Jurowski.