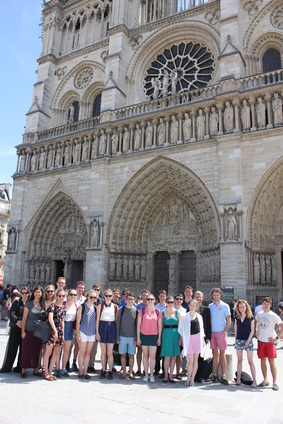 In Paris we sang Howell’s Collegium Regale setting for the 11am mass in Notre Dame Cathedral. It was an amazing experience to sing to such a large congregation and in a completely different acoustic to Lincoln Chapel. Following mass we joined Lincoln Alumni for lunch at a nearby restaurant, before free time in Paris. Many of us visited the Louvre, Arc De Triumph and Eiffel Tower. The city was packed with football fans, and the excitement about the impending euro final was palpable. We then travelled to Luxembourg in the evening.
After the first night in Luxembourg City Youth Hostel, we rehearsed the repertoire for our upcoming concerts in Thierry’s (organ scholar) parish church. In the afternoon we took the train to Clervaux Abbey, where we joined the Dominicans for Vespers and Compline, and got a small taste of monastic life with a silent dinner. We then returned to Luxembourg City, arriving just in time to make the most of the Hostel Bar.
On Tuesday we travelled to Dudelange for a rehearsal then evening concert. The church of Saint-Martin hosts a world-famous organ, and international competitions are regularly held there. Our programme featured unaccompanied and accompanied choral works, and solo organ pieces, allowing us to appreciate the full range of the instrument. We were then invited to a drinks reception with concert attendees, where we enjoyed meeting local people and trying Luxembourgish wine. 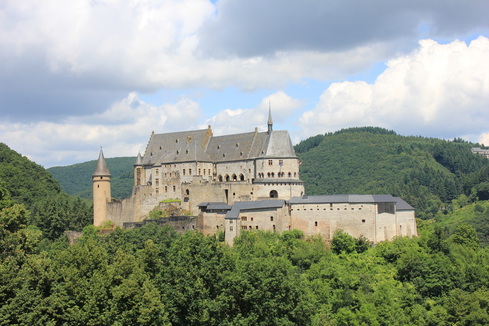 On Wednesday we moved to the picturesque town of Vianden, close to the German border. In the afternoon, we had a tour of the castle, built between the 11th and 14th centuries, where got to sing in the dining hall and chapel. Our second concert of the tour was in Trinitarian’s Church, before we enjoyed an amazing dinner in Hotel Chalet Hot Stone.
The next day was the one free day of the tour, and provided a much needed rest! We explored the local countryside, took the chairlift to the top of the hill and some of the braver ones swam in the outdoor pool, even despite the rain. In the evening we all met up for a joint meal, and returned to Luxembourg City the following morning.

On our final day in Luxembourg, we had a guided tour of the old city, and learnt about the history of the country. Before evensong, we were treated to drinks and cakes at the Ambassador’s house. Our final service in Luxembourg, in Notre Dame Cathedral, was well attended.

The last day of the tour was undoubtedly the busiest. We left Luxembourg early in the morning to travel to Paris, where after a few hours for lunch and last minute sight-seeing, we sang a concert, quickly followed by an evening mass in Saint-Eustache Church. It was then a quick dash to catch the Eurostar back to London. We are very grateful for the hospitality of Notre-Dame in Paris and Luxembourg City, Saint-Martin Dudelange and Trinitarian’s Church Vianden, and to HM ambassador of Luxembourg for his patronage. We would also like to thank Lincoln Alumni for the generous support we received from the Old Members’ Annual Fund Grant and to all our sponsors in Luxembourg for their support with transport and meals. Thanks are also due to Eleanor Giraud (JRF) and Mthr Mel for their help in organising the tour and continuing support. We are also grateful to the choral scholars, and in particular Joe Mason (Chapel Precentor) and Thierry Hirsch (Organ Scholar) for their hard work in organising the tour.
Both Joe and Thierry are leaving this year and we would like to thank them for everything they have done for the choir, and wish them all the best for the future.
​ 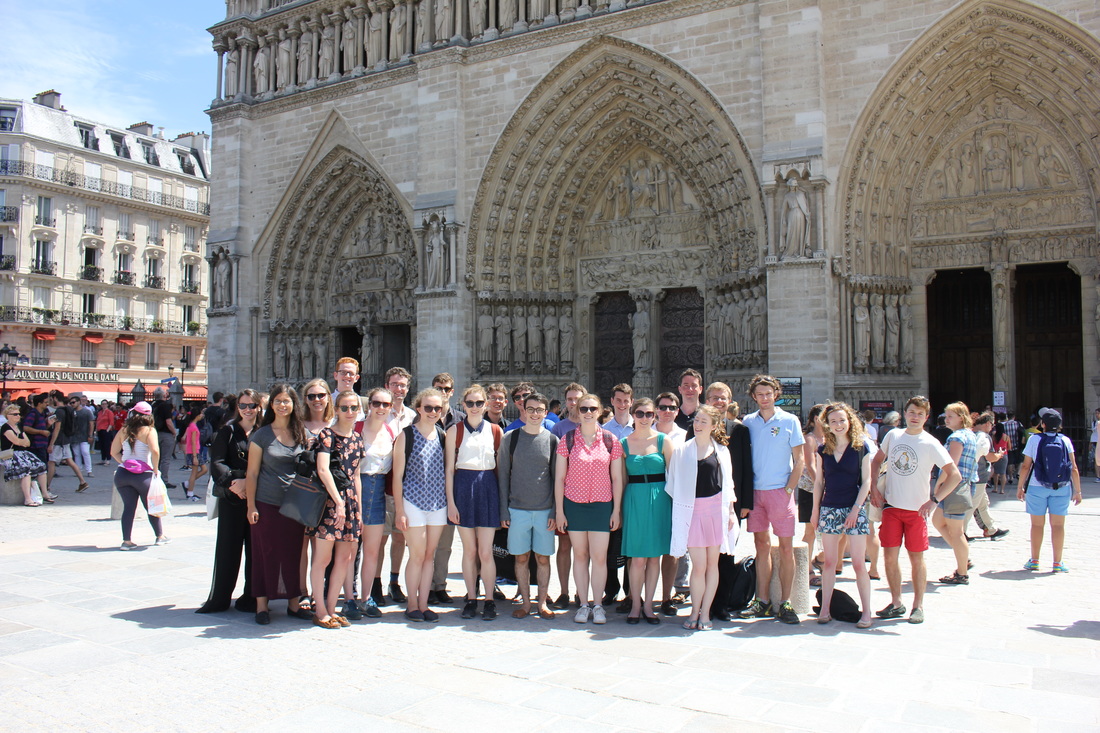